Growing up in a Christian home, I never really questioned/sought to understand what I was taught to believe. It wasn’t until I had moved out of the safe bubble of my home to start college in a different city, that I was all of a sudden faced with these questions from people around me, and my own heart about what I believed. If, like me, as a young college student, you’ve never really questioned your faith, or if you’re at a place where you are facing ques- tions about your faith, I hope this article sheds some light on the answers you’re seeking. This article is in no way exhaustive or an authority on Biblical doctrine. It merely seeks to highlight some of the key aspects of our faith and hopefully, point you on a journey of knowing God. If you are seeking to understand our doctrine further, the Founda- tion Course material is a great resource to help you on this journey.

Thus says the Lord, “Let not a wise man boast of his wisdom, and let not the mighty man boast of his might, let not a rich man boast of his riches; but let him who boasts boast of this, that he understands and knows Me, that I am the Lord who exercises loving kindness, justice, and righteousness on earth; for I delight in these things,” declares the Lord.

•God is one “What” and three “Whos”; with each “Who” possessing all the attributes of Deity and personality.
•Three crucial truths: (1) the Father, Son, and Holy Spirit are distinct Persons, (2) each Person is fully God, (3) there is only one God.
•God eternally exists in three Persons: the Father, the Son, and the Holy Spirit; and these three are one God, co-equal and co-eternal, having precisely the same nature and attributes, and worthy of precisely the same worship, confidence, and obedience (Matthew 3:16, 17;Matthew 28:19, 20; Mark 12:29; John 1:14; Acts 5:3)
•When we were lost in sin, our God acted in every Person of His being to save us. The Father gave the Son, the Son offered himself on the Cross, and the Holy Spirit brought us to Jesus. We were so lost that it took every member of the Godhead to save us

The Person Of Jesus Christ

•Jesus is 100% God and 100% man for all eternity.
•Christ is eternal and cœqual with the Father (John 1:1; 8:58; 10:30)
•By experiencing human circumstances, Christ demonstrated his full humanity (Matt 21:18; Mark 11:13; Luke 2:52; John 4:6; 19:28; Heb 5:8).
•He was a son of man, that is, a human being. And he is the Son of God, in that he has always existed as the Eternally Begotten One who comes forth from the Father forever. He always has, and he always will. He is the Second Person of the Trinity with all of the divine nature fully in him.
•He was “very God of very God,” but He was fully and completely man as well. He went through the common experiences of manhood, He suffered the common discomforts, pains, and griefs of manhood. He suffered temptation, and He died a common criminal’s death. He was in every way a man.

•Jesus Christ is coming bodily to earth to rule and judge.
•The imminent return of Christ in the clouds to rapture his church (resurrect both living and dead in Christ)
•In the teachings of Jesus Christ. Jesus Himself taught in clear, unmistakable language His coming again to the earth, not only in the words of comfort found in John 14:1-3, but also in many other places in the Gospels. In parable and exhortation, before His disciples, before the multitude, and when presented for questioning before His judges, He talks of His coming again (Luke 17:20-37; 19:11-27: Matt. 24-25; Mark 13; Luke 21).
•It is the doctrine of greatest hope for the believer, because in it lies the promise of eternal redemption and justice.

•(Soteriology)The doctrine of Salvation: It is by grace alone through faith alone in Christ alone.
•Regeneration is that act of the Holy Spirit (John 1:13; 3:5, 8; Titus 3:5) wherein he gives spiritual life to the spiritually dead (2 Cor 5:17).
•Conversion is that act of the sinner where he or she repents of sin and turns the heart in faith to Christ as Lord and Savior (Ps 51:3–4; Acts 2:38; John 1:12; Rom 10:9–10; Eph 3:17; 2 Tim 3:15).
•It is a condition against which mankind is completely helpless when left to his own human resources.
•The word “salvation” communicates the thought of deliverance, safety, preservation, soundness, restoration, and healing. In theology, however, its major use is to denote a work of God on behalf of men, and as such it is a major doctrine of the Bible.

•The Bible is infallible and inerrant as the Word of God (as it came originally) and is sufficient for all matters of faith and practice.
•The Bible is the inspiration of God (2 Tim 3:16). The Holy Spirit superintended the writing of the human authors so that the words recorded were the exact words God wanted to be written (2 Pet 1:21)

The Doctrine Of God

•God is both incomprehensible (Job 11:7, Is. 40:18) and knowable(John14:7, 17:3)
•There is only ONE living and true God. He is an intelligent, Spiritual, and personal Being, the Creator, Redeemer, Preserver and Ruler of the Universe.
•God is omni-potent (all powerful), omni-scient (all knowing) and omni-present (present everywhere). He is unchanging and eternal.
•God is Sovereign- this speaks to his rule and reign over all things. God’s sovereignty means that God is able to bring His will to pass in all things.(Ps. 115:3)
•God is Holy. This word speaks to His transcendence, or the fact that He is infinitely exalted above all of creation.

The Doctrine Of Man

•Man created in the image and likeness of God
•The Fall of man; sin entered the world as a result of the transgression of Adam and Eve in the garden.
•We differentiate between original sin and actual sin. All men are born in a sinful state and condition, which is called original sin, and is the root of all the actual sins that are committed. (1) Original sin. This includes both guilt and pollution. The guilt of Adam’s sin is imputed to us. Because he sinned as our representative, we are guilty in him. (Jer 17:9; John 5:42, Rom 7:18). (2) Actual sin. The term ‘actual sin’ denotes not only sins consisting in outward acts, but also those conscious thoughts, desires, and decisions that proceed from original sin. They are the sins which the individual performs in distinction from his inherited nature and inclination. (Matt. 12:31;Mark 3:28-30;Luke 12:10)

•Any treatment of Christian doctrine would be incomplete if the biblical statement concerning sin were omitted.
•Sin was conceived of as being fundamentally disobedience to God
•The entrance of sin: The Scripture is clear in its declaration that “by one man sin entered into the world…” (Romans 5:12). The problem as to its earthly origin is solved in Romans 5. It came through the sin of “one man,” Adam, and thereby “passed” to “all men”- the extent of sin.
•The expiation of sin: God, because of His nature, not only demands that sin be punished but He also has provided for the sinner’s restoration to fellowship with Himself through his Son, Jesus Christ.

Doctrine Of The Holy Spirit

•The church began on the day of Pentecost, with the coming of the Holy Spirit in its new work of sealing and permanently indwelling believers.
•The church is built by Jesus Christ; it is not a purely human organization. (Matt 16:17-19) The church is the body of Christ; it belongs to Him and is an intimate part of Him.

I’m Divya. I love Jesus, Hyderabadi biryani and cricket. I play the piano when I’m not reading and i enjoy afternoon naps. Love being a part of Crossway Community Church, Hyderabad and I’m passionate about the Government mountain being reclaimed for Jesus. A work-in-progress, dreaming God-sized dreams and trusting in a hope, love and faith that hasn’t failed me. 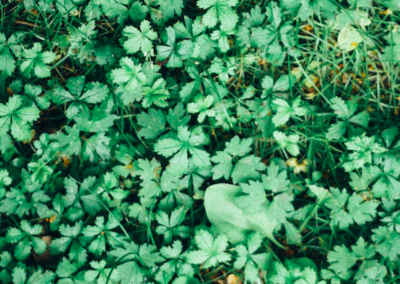